Ebola Is Spreading: What We Need to Know about the IHR (2005)

West Africa is currently experiencing the worst Ebola outbreak since the disease’s first appearance in humans in 1976. This time around, what began as one outbreak in Guinea in February has spread to 60 outbreak sites to date. Since then, it has already killed over 600 people and infected nearly 1,100 in Guinea, Liberia, and Sierra Leone combined (although the numbers are thought to be higher than what has been reported). Only a couple of days ago, the head doctor in Sierra Leone, who has treated more than 100 people and has been leading the fight against the disease since it first appeared in the country, has contracted the disease and is currently being treated by Doctors Without Borders (MSF). Only a few days earlier, three of the nurses working with him died from the disease.

Ebola does not necessarily pose the type of global threat that H1N1 represented back in 2009. It is simply not as contagious—it is transmitted through extended direct contact with the infected person’s bodily fluids and the person only becomes contagious when she or he begins to exhibit the symptoms). It is highly fatal (90% mortality rate), and it kills the infected (if left untreated) in an average of ten days. Nevertheless, given that the incubation period (period of time that it takes for symptoms to develop since first being exposed to the virus) can range from two to 21 days, it is possible that a person could hop on a plane and get to another corner of the world before developing any  symptoms.

The truth of the matter is that, since 1976, the world has changed immensely to a point where nowadays, “globalization” almost feels like an understatement. And many of us interested and working in global health cannot help but think about everything that goes on behind the scenes whenever we hear of outbreaks of serious and contagious diseases like Ebola, polio, and MERS (all of which have made headlines in recent months)—what exactly are domestic and international authorities doing to stop the spread? Are established international mechanisms intended to stop the spread of these diseases, including the International Health Regulations (IHR)(2005), being used? And more importantly, are they being used effectively? 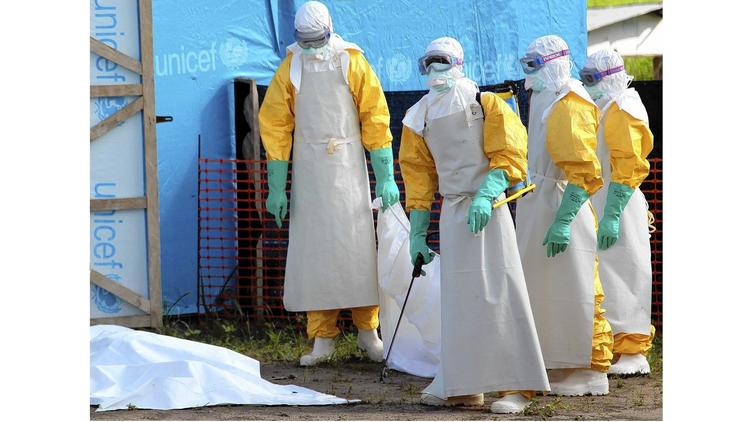 What is lamentable is that there is insufficient attention being given to these mechanisms. Only those that work within them or study them understand their importance. And yet, how these mechanisms are effectively used and run has tremendous real-life implications for the health and lives of every person in the world in one way or another. Indeed, these mechanisms function in the background, but it is to their detriment and their importance needs to be raised among all stakeholders. Very few people learn about the IHR (2005) and similar mechanisms.

There is no doubt that these international mechanisms play a crucial role in preventing and controlling the spread of disease. These mechanisms rely heavily on a network of governments and other international bodies to work with one another in the interest of preventing a serious health threat to their people. However, as the LA Times recently reported, 80% of U.N. member states have not met their public health policy obligations to the WHO. In fact, the WHO has experienced substantial cuts to its budget, and it is down to $3.98 billion this year.

And if there is a takeaway in all of this, those of us who have worked in helping to bolster the IHR (2005) in one way or another have learned of the dire need for governments to build capacity within, to fully understand the IHR (2005) and all that it offers, and to align its efforts with what the IHR (2005) requires from governments. For all this, governments need guidance and technical assistance, and entities like the WHO (and the O’Neill Institute) are crucial, as we have worked together to train public officials across the world on implementing the IHR (2005).

The prevention and control of health threats in one country or region can affect both developing and developed countries. Overlooking the need to ensure that these international monitoring systems function properly and effectively is a price that we, as one highly interconnected world, just cannot afford.