Since my last post on the Ebola virus merely one week ago, the death toll in West Africa has risen from approximately 600 to close to 1,000, it has reached one more African country (Nigeria), and the first European to contract the virus was admitted to a hospital only yesterday.  There are currently over 1,700 cases, and if not contained soon, Ebola will spread to even more countries and continents.  Only today, the World Health Organization (WHO) declared the outbreak a “public health emergency of international concern” (PHEIC) in order to “[alert] the world to the need of high vigilance for possible cases of Ebola virus disease.”

There have only been two declarations of PHEICs since WHO’s International Health Regulations (IHR) (2005) were adopted: 1) the H1N1 pandemic in 2009 and 2) polio in May 2014. Given the number of deaths since the first outbreak was discovered in March, the high fatality rate of Ebola (around 50%), and the quick spread of the disease to now four African countries, WHO’s declaration should come as no surprise. However, what should be a surprise is how long it has taken the international community to react and work collaboratively to stop the spread of the disease.

Just yesterday, the U.S. government held a congressional hearing to discuss whether the U.S. and the international community have been effective in addressing the outbreak. Predictably, many at the hearing said “no.” As expressed by one of the speakers, one major criticism about the mobilization that we are now seeing at the international level is the fact that it took two U.S. doctors to become infected with the disease for the U.S. and other powerful actors, including the WHO, to ramp up efforts or even consider using experimental drugs to treat Ebola in West Africa. Ebola kills up to 90% of those who get infected and the virus is readily transmitted if appropriate precautions are not followed.

It was particularly providential that soon after the two U.S. doctors showed signs of improvement after receiving the experimental (not yet FDA-approved) ZMapp that the U.S.-Africa Leaders Summit was held in Washington, D.C. Ebola became part of the agenda in what should have been a meeting focused on trade and investment relations between the U.S. and Africa. Some even argue that more discussion should have been devoted to the outbreak. President Obama ended the summit informing leaders that the U.S. was sending teams of health care workers to the afflicted countries. He did not commit to sending experimental drugs to Africa. However, with pressures coming from all sides, the U.S. FDA is now fast-tracking the approval process of ZMapp, or what has come to be known as “the secret serum.”

Given the ethical dilemmas plaguing the situation, the WHO is also convening a team of medical ethicists next week to discuss how these experimental drugs can reach Ebola’s victims. WHO is guided by the principle: “do no harm,” placing safety as its first priority. However, this translates into intricate approval processes that in special situations like these have the potential to cause greater harm than good. In following a strict protocol that delays the rapid approval of experimental treatments that have at least been proven effective in animals, and particularly ones that seem safe and potentially effective in at least two humans (i.e., ZMapp), are we doing a disservice to public health in the name of safety?

Ultimately, we are in a race to stop or at least control the virus, and while it would be ideal to be able to subject these potentially life-saving drugs to the regular approval process in order to ensure their safety before making them available, there is fear that the virus is gaining strength.

Additionally, in his speech at the end of the African Leaders Summit, President Obama pointed to one fact about Ebola that must be highlighted. He explained that “both currently and in the past, [the Ebola virus] is controllable if you have a strong public health network in place” and that in the hardest-hit countries, “their public health systems have been overwhelmed.”

Health care workers are indeed overwhelmed and even more so as more of their colleagues succumb to the disease. According to accounts, even before the outbreak, there was one doctor per 33,000 people in Liberia and Sierra Leone, and it has been reported that, so far, 50 of the 572 dead in Sierra Leone were hospital workers and 15% of those who have died from the virus in Liberia were doctors and nurses.

Peter Piot, world-renowned infectious disease expert and co-discoverer of the Ebola virus in 1976, upon reflecting on his experience with the virus and the current multi-country outbreak, recently explained that Ebola is “in general, a disease of close contact with wildlife, of poverty and particularly of dysfunctional hospitals, which can become deadly centres of viral spread through unsafe injections and lack of basic hygiene.” Ebola spreads through contact with the infected person’s bodily fluids and the risk of a health care worker contracting the virus is significantly reduced through adequate protective clothing and equipment when coming into contact with the patient or the deceased, cleaning, and appropriate waste disposal. Unfortunately, many hospitals in the affected countries and elsewhere in the continent are ill-equipped and under-prepared, making the containment of the disease an astronomic challenge. 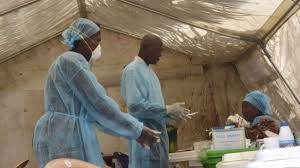 What is more, rural and poor communities are particularly afflicted, with little or no access to health care services. There are efforts to try to reach these communities, but it is proving very challenging. Additionally, people are beginning to stay away from hospitals, fearing infection. The New York Times reported today that in Kenema, Sierra Leone, people and even health care workers are increasingly becoming afraid of going to hospitals for fear of contracting the virus. However, while there are approximately four people dying each day in hospitals, it is thought that the same number or more are dying in the city or nearby villages, posing an even greater risk of spreading the disease.

Piot has warned that while the disease can be effectively contained with adequate health services, Ebola (and other such viruses) “must always be considered as a global threat, amply justifying international support and research. The cost of public panic and societal disruption can be enormous, with health care workers disproportionally affected…” And even before the declaration of a PHEIC, WHO’s Director-General Dr. Margaret Chan drove this last point home, warning governments that “[i]f the situation continues to deteriorate, the consequences can be catastrophic in terms of lost lives, but also severe socioeconomic disruption and a high risk of spread to other countries.”

As stressed in my previous post, the risk of transmission of infectious diseases across countries has reached new levels with globalization—we are as interconnected as ever. Dr. Chan’s concerns should constitute enough justification for countries to do their part in trying to control the spread of Ebola. It is a call to collaborative action—those who can help bring greater protection for health care workers (such as through the provision of personal protective gear), those who can help improve the sanitary conditions in health facilities, and even those who  have potentially life-saving drugs under their belts bear the responsibility to do everything in their power to put a stop to this devastating outbreak. The clock is ticking.