Discrimination Against People Affected by Leprosy and the Groundbreaking Case of Vidhi Centre for Legal Policy vs. Union of India & Others

Many thanks to Yashaswini Mittal for her significant contributions to this article, and especially for her and her team’s work at Vidhi Centre for Legal Policy fighting stigma and discrimination against people affected by leprosy in India, through their groundbreaking public interest litigation. 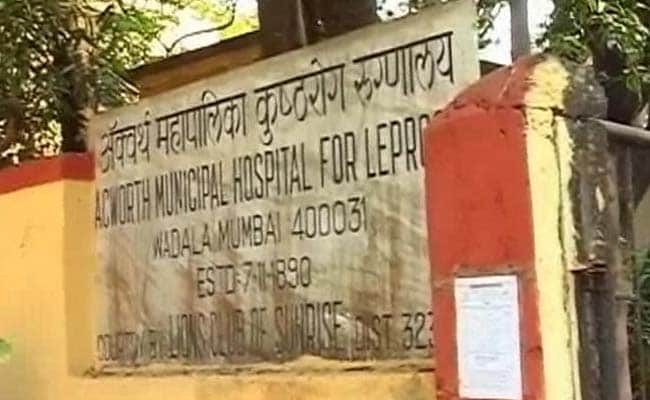 Last Sunday was World Leprosy Day, an annual opportunity to raise awareness of leprosy, increase access to rapid effective treatment (Multi-Drug Therapy) which stops the spread of the disease with the first dose and prevents avoidable disabilities, and to take concrete steps to address pervasive legal and societal discrimination against persons affected by leprosy. Leprosy may have been present as far back in human history as 1550 B.C. in Egypt and 660 B.C. in India and people affected by leprosy have long suffered from stigma, discrimination and ostracism.
Leprosy is caused by mycobacterium leprae, and affects the skin, nerves, respiratory tract and the eyes. Leprosy can cause discoloring and loss of sensation in the skin including the ability to feel pain which can lead to injuries; if left untreated, nerve damage can cause permanent and debilitating disabilities including paralysis in the hands and feet, reabsorption of fingers and toes into the body, corneal ulcers, blindness, loss of eyebrows and deformity of the nose. While leprosy was eliminated as a public health problem in 2000 and in most countries by 2005, in 2016, there were 216,108 new cases of leprosy registered globally, two-thirds of which were in India. Between two and three million people globally are living with leprosy-related disabilities.
While leprosy is curable and is not transmitted through casual contact (leprosy is transmitted through droplets from the nose and mouth when there is close contact with untreated cases), people affected by leprosy continue to face widespread stigma and discrimination, particularly in countries with higher prevalence, such as India, Brazil and Indonesia. Some of the stigma stems from the belief that leprosy is punishment for ‘sins’ or ‘immoral behavior,’ due to the history of ostracism of those with leprosy and their families (and fear that acquiring leprosy will result in the same), and lack of knowledge and misconceptions of leprosy.
In some places in the world, legal discrimination against people affected by leprosy is far reaching and courts themselves have historically played a role in exacerbating entrenched stigma around leprosy. For example, in one 1913 case in India, during which the matter for discussion was what kind of leprosy was grounds for divorce, one judge stated “[d]eformity and unfitness for social intercourse arising from the virulent and disgusting nature of the disease would appear to be what has been accepted in both the texts and the decisions as the most satisfactory test.”[1] This appalling line has been widely cited and relied upon by subsequent courts, including as recently as 1974.[2]

Discussions concerning public health, isolation and other forms of confinement and quarantine were integral aspects of debates surrounding leprosy law and policy in the 19th and 20th century, including during the International Leprosy Congresses. Consequently, a number of countries enacted or revised existing laws concerning leprosy during the 1920s-1930s. Despite the introduction of treatment for leprosy in the 1940s, a 1954 WHO review of leprosy legislation found that countries continued to utilize ineffective isolation and other measures despite the limited infectiousness of leprosy: “It would not only appear to be difficult to justify some existing practices in the light of our present knowledge of the disease but also, in some instances, they would appear to be in contradiction to the facts regarding its communicability ….” While it has now been 64 years since WHO expressed concern over the use of inappropriate infection control practices which were not science or evidence-based, many ineffective and discriminatory laws which impede human rights and exacerbate stigma are still in place today.
For example, a recent legal challenge and groundbreaking interim decision of the Supreme Court of India asks the Indian Government for an explanation of the basis for which 119 federal and state laws discriminate against persons affected by leprosy. While the final decision in the case is still pending, the legal challenge highlights the legal provisions that deny persons affected by leprosy their right to equal treatment under personal laws, employment and movement within public places. Several laws highlighted within the case also allow for indefinite detention of persons affected by leprosy, including children, solely on the basis that they are suffering from leprosy. Notably, in addition to failing to meet human rights standards, these laws are not based on risk of infection or evidence since they do not reflect the difference between an untreated person affected by leprosy and a person who has been administered with the first dose under Multi-Drug Therapy (the treatment for leprosy according to the WHO). Persons who have been administered with the first dose under MDT are rendered 99.99% non-infectious, thereby eliminating any basis for curtailing the rights of such persons for the benefit of public health.
Discriminatory laws also empower law enforcement officials to expel persons who appear to be suffering from leprosy from markets, educational institutions and public conveyances without requiring any proof of treatment or non-infectiousness. Consequently, persons affected by leprosy are denied access to markets for buying vegetables, fruits or groceries for feeding themselves or their family members, access to education institutions and public conveyances that are necessary for them to be able to access treatment for the disease.
In addition, several stigmatizing and otherwise problematic laws discuss leprosy in the same vein as ‘lunacy,’ for example discussing what ought to be done with ‘lepers’ and ‘lunatics’, as though there should be similar interventions for people affected by leprosy and for people with mental illness. The derogatory term ‘leper’ is still used in Indian laws enacted as recently as 2012.
With arguments that ring similar to the 1954 WHO report, the Petitioners in the Vidhi case highlight that the discriminatory laws “irrationally treat persons affected by leprosy as a separate class on the basis of a medically inaccurate and outdated conception of the infectious nature of the disease” without taking into account the effectiveness of the standard treatment for the disease, impeding Constitutional rights to dignity, equality and freedom of movement.
Beyond the 119 laws expressly discriminating against people affected by leprosy, societal stigma and the continued use of ‘colonies’—currently there are approximately 700 in India—underscore that much must still be done to ensure meaningful equality for people affected by leprosy.  Societal discrimination reaches beyond those who have leprosy, impacting those who live in the colonies. For example, advocates have highlighted that simply having an address in a leprosy colony can result in disqualification from applying to jobs and denial in school admission.
Yashaswini says that the court decision is a “significant first step towards addressing laws which perpetuate the stigma around leprosy, dissuade affected persons from going to public health establishments to access treatment, and curtail their right to liberty and equality.” Let us hope that the final decision of the court will be effective, swift and meaningful, and reach beyond the confines of the courtroom and into society.