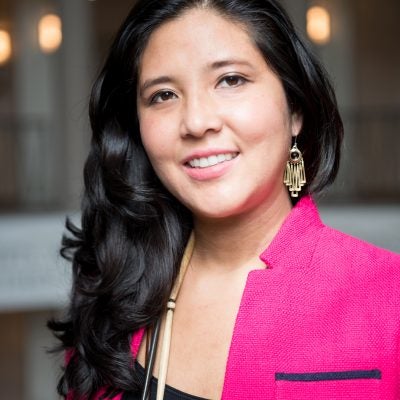 Ana S. Ayala, J.D., LL.M., was the Director of the Global Health Law LL.M. Program. She joined the O’Neill Institute in 2010, serving as a Law Fellow from 2010 to 2012 and an Institute Associate from 2012 to 2015. She holds a Master of Laws in Global Health Law from Georgetown University; a law degree from American University, Washington College of Law; and a Bachelor of Arts degree in Anthropology and International Studies from the University of Chicago. Originally from Bolivia, Ana is bilingual in English and Spanish and has worked both in the U.S. and abroad.

At the O’Neill Institute, Ana has worked on a variety of global health law areas, including health and human rights, tobacco control, reproductive health, infectious diseases, and global health governance. She has trained legal, medical, and public health professionals from around the world. She led the legal component of the World Health Organization’s implementation course for government officials on the International Health Regulations (2005) in order to strengthen governments’ ability to manage serious public health risks. Through her projects, Ana has worked extensively with a wide array of organizations, such as the World Health Organization (including the Pan American Health Organization), Open Society Foundations, Campaign for Tobacco Free Kids, the Consortium of Universities for Global Health, and Women’s Link Worldwide.

Prior to joining the O’Neill Institute, Ana co-drafted the proposal for the resolution passed by the African Commission of Human and Peoples’ Rights in 2008 on access to medicines and the right to health and conducted analytical work on the implementation of a universal health care system in Lewis & Clark County, Montana. Additionally, Ana has worked in a number of organizations, including Human Rights First, the Center for Justice and International Law (CEJIL), the Domestic Violence and Family Law Program at Ayuda, and the Inter-American Court of Human Rights.