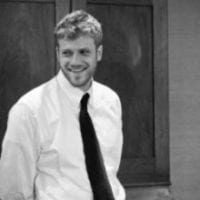 John Stephens, J.D., was an Associate at the O’Neill Institute. His background is as an activist turned movement lawyer and litigator. Prior to joining the O’Neill Institute, John was a Senior Researcher at SECTION27, a South African human rights law center whose strategic use of litigation and organizing has garnered international renown. He has worked closely with many movements, including the Treatment Action Campaign; a poor-people’s movement for social justice whose use of law, litigation, advocacy, and mobilization has catalyzed radical change in South Africa and beyond.

John’s work has included complex litigation in South Africa’s magistrate’s courts, high courts, and the Constitutional Court on issues ranging from prison reform, the right to protest, the rights of people with disabilities, corporate accountability, criminal defense, and more. He has drafted or contributed to major law and policy. He has also supported significant campaigns related to the right of access to healthcare services. His other work experiences include clerking in the Eastern District of New York, support to the Poor People’s Campaign: a National Call for Moral Revival, student organizing, and serving as an archival assistant to Dr. Maya Angelou in his hometown of Winston-Salem, NC.