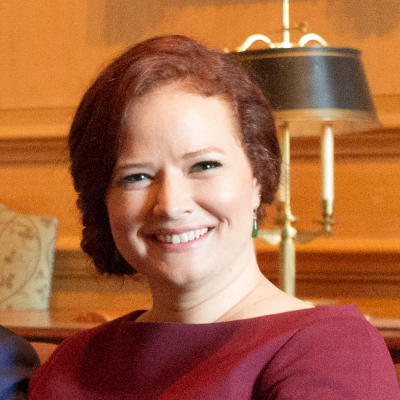 Before she joined the O’Neill Institute, Dueck was the senior communications manager at the Carnegie Endowment for International Peace, as well as the executive producer of Carnegie’s podcasts. She led communications teams on all aspects of U.S. foreign policy and spearheaded the organization’s event programming. She also led the Carnegie International Nuclear Policy Conference to the largest and most diverse audience in its 30-year history. At Carnegie, Dueck started and developed the organization’s podcasts and produced two internationally recognized shows — “The World Unpacked,” a show on U.S. foreign policy hosted by White House Press Secretary Jen Psaki, and “Grand Tamasha,” a show about Indian politics and policy hosted by Milan Vaishnav.

Dueck holds a B.A. and an M.A. in Slavic languages and literatures from the University of Chicago.