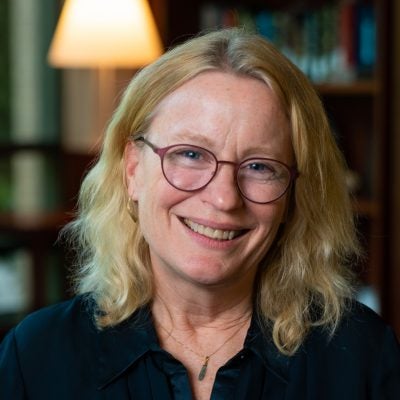 Lisa Heinzerling is the Justice William J. Brennan, Jr., Professor of Law at the Georgetown University Law Center. Her primary specialties are environmental and administrative law.

Heinzerling has received the Georgetown President’s Award for Distinguished Scholar-Teachers and the Frank F. Flegal faculty teaching award at Georgetown Law. She is a former public member of the Administrative Conference of the United States and a former chair of the board of the Center for Science in the Public Interest.

After finishing law school, where she served as editor-in-chief of the University of Chicago Law Review, Heinzerling clerked for Judge Richard A. Posner of the U.S. Court of Appeals for the Seventh Circuit and Justice William J. Brennan, Jr., of the U.S. Supreme Court. She was one of the inaugural Skadden Fellows, worked at Business and Professional People for the Public Interest in Chicago, and practiced environmental law in the Massachusetts Attorney General’s office for three years.

Heinzerling holds an A.B. from Princeton University and a J.D. from the University of Chicago.