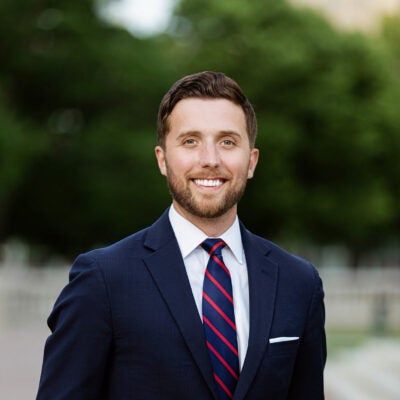 Oliver Redsten is a summer intern at the O’Neill Institute.

Redsten has worked as a legal intern for the House Committee on Oversight and Reform, the U.S. Office of Special Counsel, and the Council of State Governments.

Before law school, he was a political reporter for WINK-TV – the CBS affiliate for Southwest Florida. For his coverage of the 2018 Midterms, he was named to Florida INFLUENCE Magazine’s “Television Political Coverage Honor Roll.”