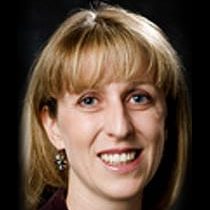 Paula O’Brien was a fellow at the O’Neill Institute in 2009. She is currently a Lecturer at La Trobe University School of Law.

Paula O’Brien has a BA/LL.B. (Hons) degree from The University of Melbourne. She received a full Commonwealth Cambridge Scholarship to study her LL.M. at the University of Cambridge in 2007-2008. She graduated from Cambridge with a Class I degree, specializing in international law. Paula completed her articles and worked as a lawyer at Minter Ellison Lawyers in Melbourne from 1999-2003. Her primary practice areas were administrative law and employment law. She acted for various health professional regulatory agencies and other public sector clients. From 2003–2007, she was Executive Director of the Public Interest Law Clearing House (PILCH) in Melbourne. For her work at PILCH, she received the Victorian Women Lawyers Rising Star Award in 2007.