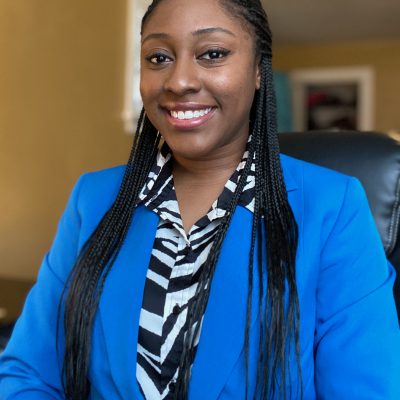 Tarihya McClain was a summer intern at the O’Neill Institute for National and Global Health Law.

Before starting law school, McClain became interested in law school while working at a substance abuse facility for teens and seeing the limited resources and unfair treatment of those who were adversely affected by mental health and substance use disorders. In her first summer of law school, McClain worked at MacArthur Justice Center in St. Louis, Missouri as a legal intern. Through her work at MacArthur, McClain was able to learn more about how incarcerated individuals are being denied treatment for life-threatening illnesses such as Hep-C, HIV, and AIDS and how attorneys can play a role in facilitating their fair and just treatment. She hopes to continue to learn more about how her law degree can positively impact the quality of health for underserved communities.

McClain holds a B.A. in Business Administration with a concentration in Human Resources from Judson University located in Rockford, IL. Currently, she is a second-year law student at St. Louis University School of Law earning a Juris Doctorate degree with a concentration in Health Law, while simultaneously earning a Master of Health Administration from the College for Public Health and Social Justice at St. Louis University.