#MeToo: Who is being left out? 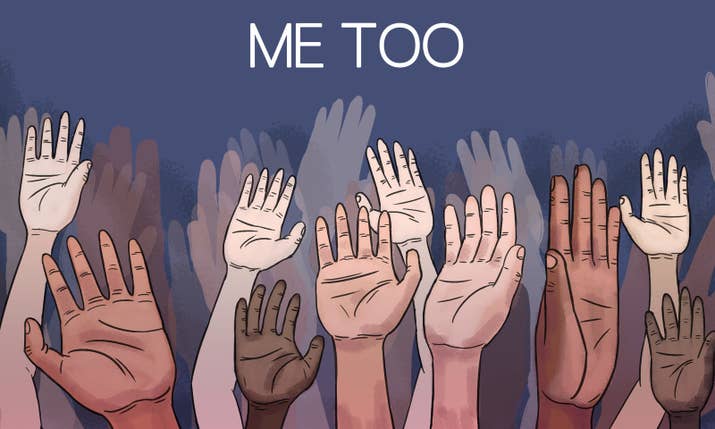 This year’s #MeToo movement has triggered a national reckoning with sexual harassment and misconduct in the U.S. However, the movement began 10 years ago when Tarana Burke founded a nonprofit organization aimed at supporting survivors of sexual harassment and assault. Tarana explains that “from the start of #MeToo going viral and the recognition of my years of work preceding it, I have been happily allowing this wave of attention to shine a much-needed light on the fight to end gender-based violence. I founded the “me too” movement in 2006 because I wanted to find a way to connect with the black and brown girls in the program I ran.”
Tarana is a woman of color, and movements like this one have often shifted the conversation away from the experiences of people of color, as well as other marginalized groups of people who are most likely to experience sexual harassment, sexual assault and other forms or gender-based violence. According to Tarana, “what history has shown us time and again is that if marginalized voices — those of people of color, queer people, disabled people, poor people — aren’t centered in our movements then they tend to become no more than a footnote. I often say that sexual violence knows no race, class or gender, but the response to it does. “Me too.” is a response to the spectrum of gender-based sexual violence that comes directly from survivors — all survivors. We can’t afford a racialized, gendered or classist response. Ending sexual violence will require every voice from every corner of the world and it will require those whose voices are most often heard to find ways to amplify those voices that often go unheard.”
The #MeToo movement should be placing the voices of those most affected by sexual harassment, sexual assault and other forms or gender-based violence at its center. To learn more about some of the voices that are currently missing from this important national conversation, check out the following:
Categories: uncategorized
Tags: LGBTI LGBTI rights marginalized communities marginalized populations poor poverty violence against women women women's health Women's rights
Thematic Areas: