Cholera in Haiti: Has Poor Legal Advice Undermined Efforts to Stop the Crisis? 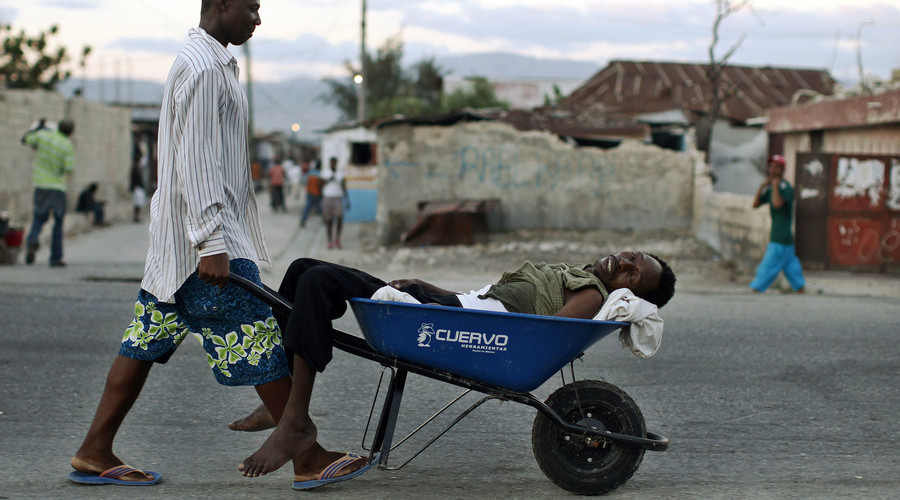 With only two months left in office, U.N. Secretary-General Ban Ki-moon has announced a $400 million plan to eradicate cholera in Haiti, known as the Haiti Cholera Response Multi-Partner Trust Fund (MPTF). Close to 10,000 people have died and around 800,000 people have been infected in Haiti as a result of a cholera epidemic introduced by U.N. peacekeepers in 2010 in the wake of the earthquake that devastated the country. The United Nations surprised the world with its refusal to apologize to the Haitian people and admit legal responsibility for failing to properly screen its peacekeepers from illnesses. The argument? Legal immunity from lawsuits in national courts, a stance that the U.N. continues to hold onto despite the serious criticism that the organization has received since the epidemic started.

The U.N.’s unwavering position has raised serious questions about a double-standard, particularly from an organization that has always proclaimed the importance of fundamental principles that include accountability. To no one’s surprise, the U.N.’s reputation has taken a toll for the organization’s actions and inactions. After all, it took five years since the outbreak and various calls for U.N. accountability for Secretary-General Ban to publicly state that the U.N. bears a “moral responsibility” to help the cholera victims, and yet, the U.N. has not admitted legal responsibility or offered an apology to the Haitian people.

In a report to the General Assembly in August, U.N. Special Rapporteur on extreme poverty and human rights Philip Alston strongly held that “Cholera would not have broken out but for the actions of the United Nations.” Therefore, the issue was not whether the U.N. introduced cholera to Haiti, but rather how the U.N. responded to it. Alston is highly critical of not only the U.N.’s negligent actions that led to the outbreak, but also the flawed legal advice from the U.N. Office of Legal Affairs (OLA). His report describes the OLA’s legal advice as being “patently artificial and wholly unfounded legal pretence for insisting that the Organization must not take legal responsibility for what it has done.”

Alston goes on to point out that the advice fails to provide any policy justification or “assessment of its consequences,” which “goes directly against the principles of accountability, transparency and the rule of law that the UN itself promotes globally.” Indeed, this observation supports the arguments that many civil society advocates and scholars have been making over the U.N.’s refusal to admit legal responsibility. According to Alston, “[t]he UN’s explicit and unqualified denial of anything other than a moral responsibility is a disgrace,” and the refusal to admit legal responsibility and “hold itself accountable for human rights violations,… makes a mockery of its efforts to hold Governments and others to account.”

What is more, on October 25, Alston recognized Secretary-General Ban’s efforts to create the MFPT to help eradicate cholera in Haiti (which were announced last month), but did not shy away from publicly expressing frustration once again over the flawed legal advice that the U.N. received and adhered to in response to the crisis, clearly explaining that this advice is what has kept the organization from righting wrongs and allowing the U.N. to avert similar mistakes from repeating themselves in the future.

Law can provide solutions to such public health challenges, but only when its application is well-informed and well-founded. Essentially, what has occurred with Haiti is an important lesson on how the failure to take into account the social context of the situation, the policy implications, and ultimate impact on the ground in the application of law can have serious repercussions that can include the loss of lives.  As Alston points out, “[f]rom the outside, and to many on the inside, the reason seems to be that the legal advice given by the Office of Legal Affairs has been permitted to override all of the other considerations that militate so powerfully in favour of seeking a constructive and just solution. Rule by law, as interpreted by the Office, has trumped the rule of law.”

READ PREVIOUS POSTS ON THE LEGAL IMPLICATIONS OF THE U.N.’S ROLE IN HAITI’S CHOLERA EPIDEMIC

Considering the importance of these legal aspects of Haiti’s 2010 cholera epidemic, we explored these questions through a blog series and a Congressional briefing we organized with the Center for Economic and Policy Research (CESCR) in 2012.

Our blog series provided a comprehensive look at the issue and the legal challenges facing those seeking to hold the U.N. at least partially accountable for the unfortunate cholera spread in the Haitian population that could have been easily prevent.