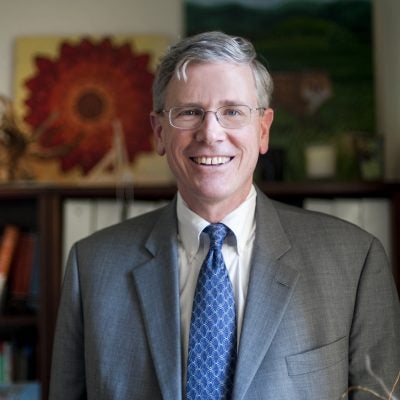 John Monahan is the interim dean at the School of Nursing & Health Studies at Georgetown University, senior advisor for global health to Georgetown University President John J. DeGioia, a professor in the department of medicine, a senior lecturer in law, a senior fellow at the McCourt School of Public Policy, and a senior scholar at the O’Neill Institute for National and Global Health Law. Most recently, he has served as the special advisor for global health partnerships at the U.S. Department of State from 2010 to 2014 as well as counselor to the secretary and director of global health affairs at the U.S. Department of Health and Human Services from 2009 to 2010.

Monahan served as the founding executive director of the O’Neill Institute and as a visiting professor at the Georgetown University Law Center from 2007 to 2008. He was a senior fellow at the Annie E. Casey Foundation from 2000 to 2006, a non-resident senior fellow at the Brookings Institution from 2001 to 2008, a principal deputy assistant secretary for children and families from 1997 to 1999 and director of intergovernmental affairs from 1993 to 1996 at the U.S. Department of Health and Human Services, counsel to U.S. Senator David Pryor from 1990 to 1991, an investigator for the U.S. Senate Special Committee on Aging in 1989, clerk for U.S. District Court Judge John F. Grady in 1988, and associate with Hopkins & Sutter in 1987. Monahan served on the Obama-Biden and Clinton-Gore transition teams, and he has worked on numerous campaigns.