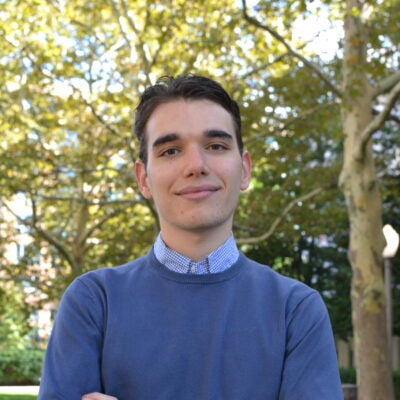 Patricio López Turconi is a fellow at the O’Neill Institute.

López Turconi has research interests in global governance for health, as well as the intersection between health and human rights. His research focuses on how international human rights law can be used to promote health and well-being through advocacy and litigation.

Prior to enrolling at Georgetown Law, López Turconi worked as a consultant for the O’Neill Institute, where he conducted extensive legal research in the areas of reproductive rights and noncommunicable disease prevention. López Turconi has also worked for the Argentine government, serving as a member of the Argentine delegation to the United Nations Conference on Trade and Development in Geneva, where he handled the negotiations of various parts of the Bridgetown Covenant.

As a law student, López Turconi was a teaching assistant in public international law and foundations of private law, winning the Alfredo Canavese Teaching Excellence Award for his work. López Turconi also represented his university at the 2017 Phillip C. Jessup Moot Court Competition, winning the national championship and coaching the team in later years. For his academic excellence in labor law, contract law, and constitutional law, he received various distinctions from local law firms and civil society organizations.